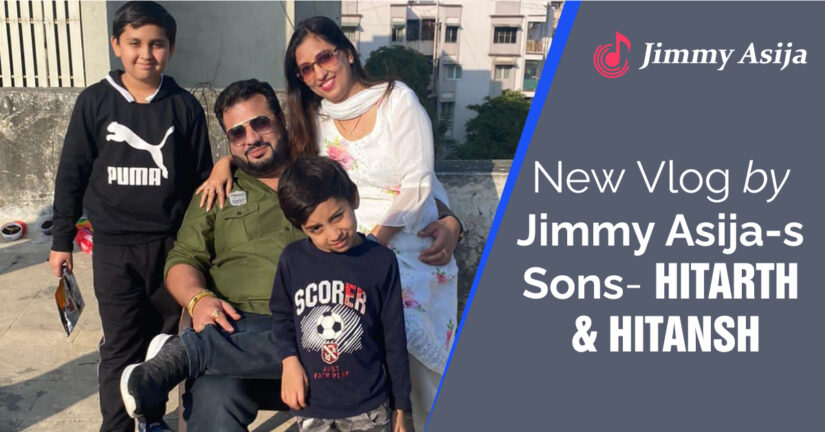 At the beginning of his career, the famous record producer Jimmy Asija had a lot of challenges and obstacles. He has always been the type of person with a tremendous passion that has been ingrained in him from the very beginning. He is driven by something deep within him, and as a result, he strives to excel in all he does. No matter what happened in his life, Jimmy Asija has always advocated for the idea that one should “Follow Passion.” He started with a meager income of only 4,500, and he got his first job when he was only 18 years old.

This hard work has now been passed on to his children. Both of his children are showing a significant interest in creating video blogs and uploading them to YouTube. Hitarth briefly introduced himself in the first episode of their vlog and mentioned that he was a little self-conscious about being filmed.

At the beginning of the video blog, he informs the viewers that the vlogging gear he has ordered is currently undergoing a pooja to cleanse it. The YouTube channel’s name is H&H Asija’s. After a few images of the brothers doing the pooja, they also show the whole set-up of the room/studio they created specifically for their YouTube account. This was done so that they could create original content for their channel.

These two brothers appeared to have an abundance of self-assurance, which gives the impression that their material will gradually improve with time. One of the most well-known producers today is Jimmy Asija. Now, in order to demonstrate their abilities to the world, his children have launched a vlog channel on YouTube.