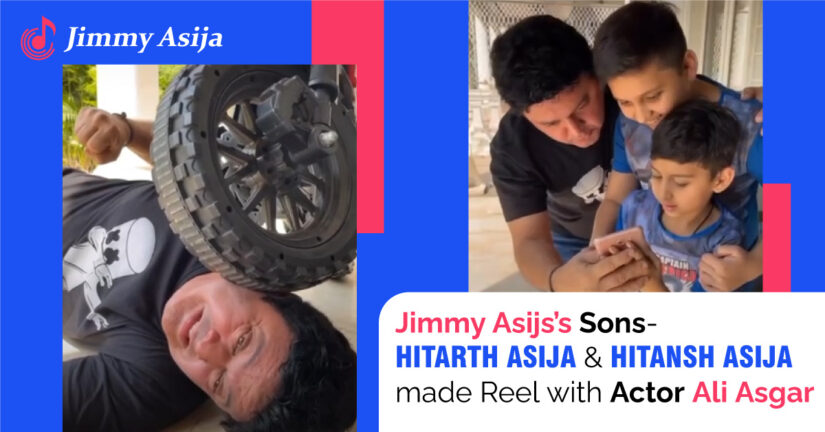 Jimmy is happily married and has two adorable kids named Hitarth and Hitansh who are also aspiring social media stars. At such a young age, the two brothers are thriving hard to make their name and identity.

Both Hitarth and Hitansh are very creative and are always seen coming up with new trendy ideas to spice up their social media. Creativity and filmy andaaz came from their father Jimmy Asija who is a famous producer of many Gujarati films and has his own production house.

Although today Jimmy Asija enjoys great goodwill in the market, nothing came to him easily. He has worked very hard to reach where he is, and he teaches both his sons the same.

Over the years, he has produced and directed multiple regional and Bollywood movies, songs, ads, etc. He has also given a break to considerable young talents who had no background and made sure they get equal opportunities.