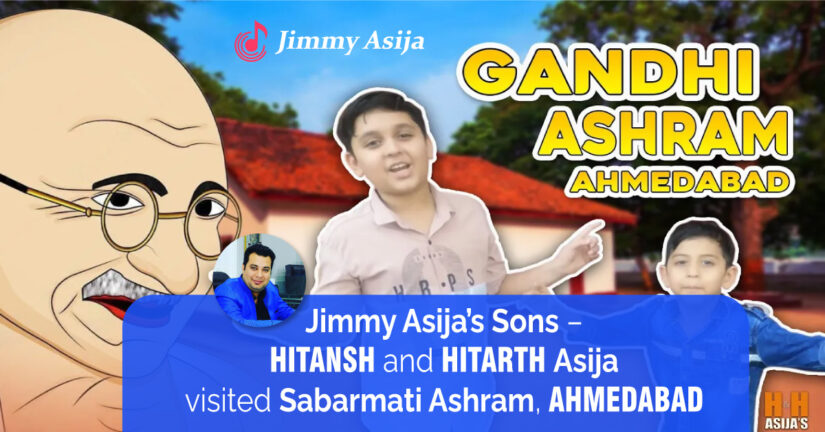 Jimmy Asija, A well-known name in the film industry. He is a successful businessman, producer, and director. He has two children named Hitarth and Hitansh Asija, also social media stars.

These two brothers wanted to spend their time in India very much. They were interested in seeing famous places like Gandhi Ashram and Mahatma Gandhi Museum. They visited Gandhi Ashram and Gandhi Museum. It was a very interesting trip. They went into the kitchen and learned about Gandhi’s Charkha. It was a very fascinating place. After going through the museum, they talked with the guide. They learned about many different things including Gandhi’s childhood, his struggles, and how he overcame those struggles. They learned so many things from their visit. It is a museum that exhibits the belongings of Gandhi. You can visit it to know more about Gandhi. The museum is a must-visit for people who are visiting Gujarat for the first time. The museum has several beautiful pieces of the Mahatma’s belongings. Among these items is a spinning wheel which Gandhi made while he was still a student. There are many more pieces of Gandhi’s life and messages.

Hitansh and Hitarth are always eager to learn new things and they are both great history lovers. On their visit to the Gandhi Museum, they were amazed at the vast collection of historical artifacts. These items give us more information about Gandhi. One of the most interesting items is a spinning wheel. This is the hand-spinning wheel that Gandhi created. Gandhi had to use this very tool to learn how to become an active member of his community. He started using this tool in school and even used it to teach his classmates.